For full details of the above, read my devlog post ***

You can play Leadlight Gamma on MacOS, PCs (Windows, Linux) and iPads and iPhones (iOS)

You cannot play on Android OS at this time

In Leadlight Gamma you take on the role of 15-year-old Belinda Nettle, a student at Linville Girls High School in Australia's Blue Mountains. After falling asleep in the library one afternoon, you wake from your mundane existence into a nightmare. Your classmates are transformed, nameless terrors seek you out across the schoolgrounds, and traps and tricks threaten your life at every turn.

Can you help Belinda survive this terror-filled night and solve its mysteries? And will there be a new day?

+ Solve puzzles and mysteries to progress

+ Avoid gruesome deathtraps, or back up a move if you fall prey to them

+ Get help with puzzles from the decodable hint sheet

"Leadlight Gamma is a solidly fun game… the terse, stylised prose and the delightfully gruesome setting sets the stage for an enjoyable horror game of ridiculous deaths and well-designed puzzles. If you're in the mood for an accessible retro text adventure-RPG hybrid that will amuse you for a good few hours, then definitely pick it up." - adventuregamers.com

"The game itself feels almost exactly like a text-based version of Silent Hill, which is about the biggest compliment I can give a horror game." - Taylor Vaughan, author of The People's Glorious Revolutionary Text Adventure Game

... Leadlight leverages the unique advantage of text to craft pictures in your head far more evocative than modern graphics could ever be, and all for the sake of creeping the hell out of its players." - Andrew Ting @ TK-Nation

"Ultimately Leadlight succeeds by building atmosphere and developing narrative, involving you emotionally in the story being told. While much of the game is horrifying, there are sequences that are poignant and haunting, and Clarke's attunement to Belinda's complex emotional state is affecting. By the end, you feel like you've experienced something, and that's no small achievement…" - Ivan Drucker, Juiced.GS Magazine

Recommended for players aged 15+ due to cruel and disturbing scenes, violence and gore.

Under the hood of Leadlight Gamma is a mechanically faithful port of the original Leadlight, now enhanced with new features include dynamic automapping, playalong tutorial mode, unlockable extra content, behind-the-scenes tour mode and easter eggs, original soundtrack, a built-in gallery of beautiful artworks from the original game and a comprehensive accessibility mode for vision-impaired players.

HISTORY OF THE ORIGINAL LEADLIGHT

I released Leadlight in 2010 via the Interactive Fiction Competition, but I released it for a computer which came out in 1986, the 8/16-bit Apple IIGS. I did this because I grew up with the Apple II series of computers (they established Apple's fortunes before there were Macintoshes and iDevices) and I'd always wanted to make a horror game for the Apple II. I just didn't get around to it until the 2000s. The game is set in 2010 and draws heavily on the console survival horror game aesthetic, even though it's a text adventure.

Thanks to the existence of emulation software which can put a virtual Apple IIGS in anyone's web browser window, I was able to deliver the game to players who'd never even heard of an Apple II before. However, it was still a difficult proposition, and one of my main reasons for developing Leadlight Gamma was to make the original game accessible to a wider audience.

You can still download the Apple II version of Leadlight to play on hardware or in an emulator from the Leadlight Gamma website.

On 8 March 2015, I decreed that Heiress Software existed.

Well before that: I started making computer games when I was 6 or 7 years old. That was when my dad introduced me to programming on our then brand new Apple II+ computer. I've continued to create or help develop games ever since.

In 2009 my interest fell anew upon interactive fiction: text adventures and prose-based games, especially parser-driven ones. It's an area in game development which still, above most others, offers the potential for a single person to craft a whole, highly detailed world in the image of whatever they're interested in. Making these games also draws together my interests and experience in all the areas of writing, game development and programming – and sometimes visual art and music, too.

My game about a children's birthday party, Six, came 2nd out of 38 games in the 2011 Interactive Fiction Competition (IFComp) and I've helped test, or produced artwork or music for, a range of other IF games, including 2012 IFComp winner Andromeda Apocalypse and the unique roguelike Kerkerkruip.

In order to download this game you must purchase it at or above the minimum price of $6.66 USD. You will get access to the following files: 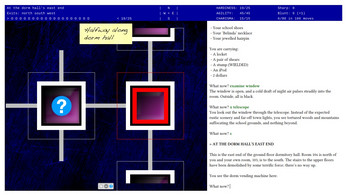 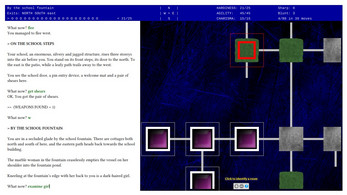 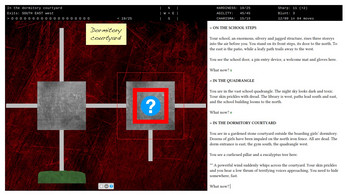 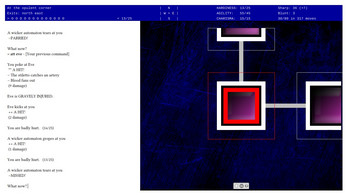 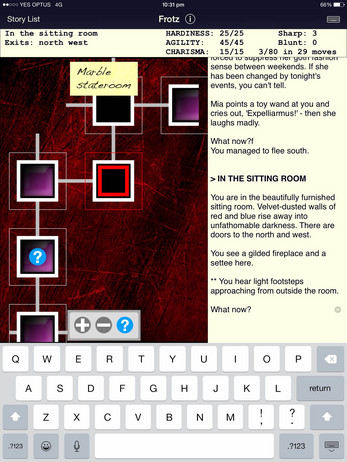